Today is Very Special day because today we are going to talk about New Apple Watch Series 3 and Detailed discuss about all Important things you needs to know about.

But before I go further, I would like to mention for those who are already subscribed  already knows me, but who are not subscribed to my FB, Twitter, G+  Pages, go and Like those Pages, because I am Huge Apple Fan who is currently rocking New Apple Watch Series 3.

but what’s most rewarding to the Apple is how much their users love it. The Apple is an industry-leading customer satisfaction rate of 97%. People used to tell the Company how the Apple watch is helping them lead a healthier life these stories are unbelievable and Apple prepared a video so that you could hear directly from them what they’re telling.

Continue Reading after this short video.

Those stories are, so movie and there’s really, no words to describe what it feels like to receive these notes from people.

so many people are getting healthier with Apple watch. 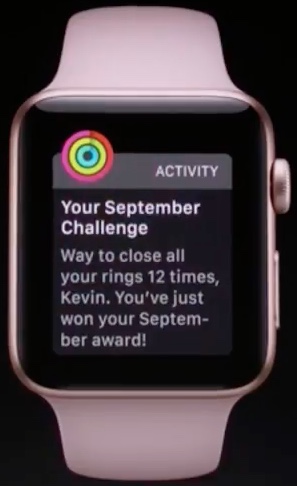 Lets Dive into deep and explore its all new Features

The two  aesthetic  differences between this watch and previous generations,

1. The digital crown is red which is supposed to indicate that this is an LTE equipped series three Apple Watch 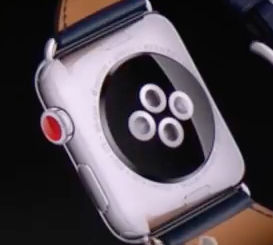 2. The Apple extended the back crystal glass (on the back of theApple watch) 0.25 millimeters that’s as thin as two sheets of paper to improve its Heart Rate Sensor.

series three comes in a wide variety of cases and bands beautiful new gold, aluminum finish along with silver. 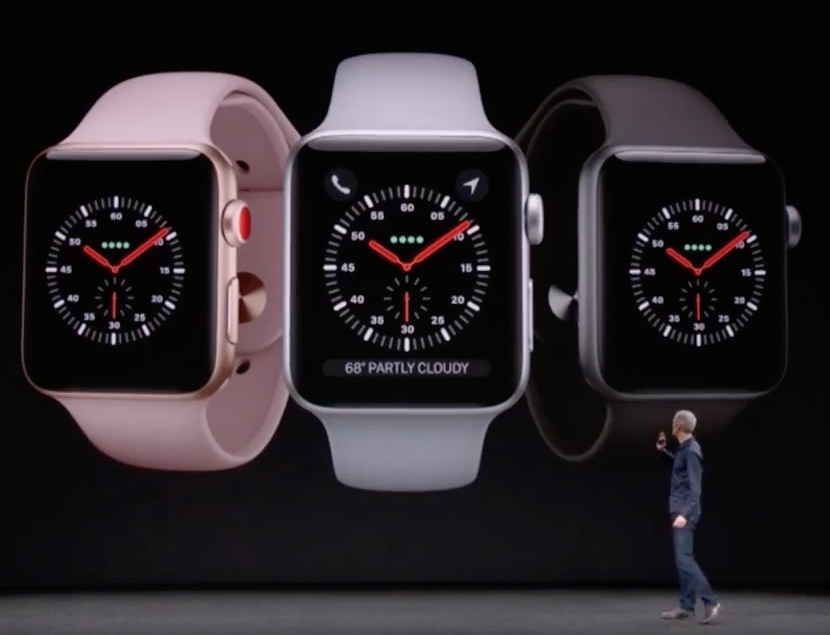 there are new bands called the sports loop it is designed for an active lifestyle and it’s light stretchy and breathable for Apple watch Nike plus with exclusive new colors. 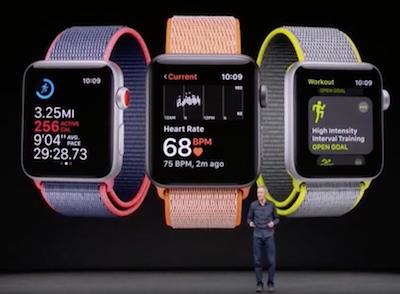 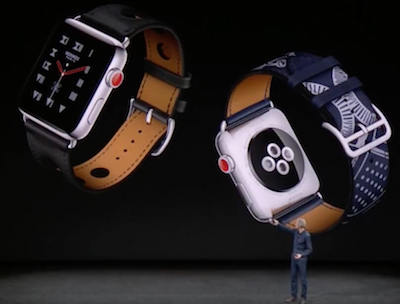 apple heart rate sensor has been at the core of Apple watch since the very beginning and today it’s the most used heart rate monitor in the world.

Apple want to use it to help even more people, so  The Apple Doing three things 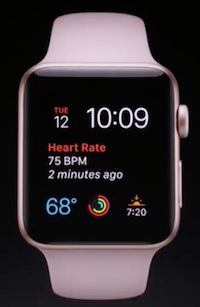 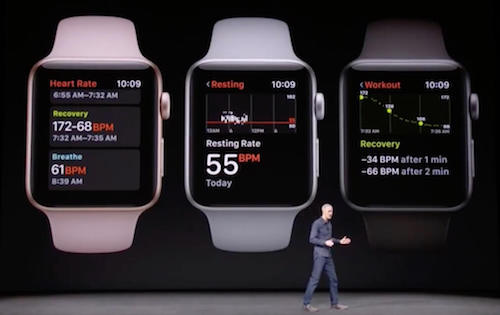 2. The Apple Company inspired by many of the letters They received from customers who notice an unusually high heart rate when they wouldn’t expect one so Apple watch has been helpful for them but we realize most people won’t notice so Apple Watch Series 3 adding a feature and now it will notify you when it detects an elevated heart rate and you don’t appear to be active 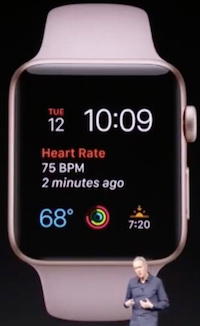 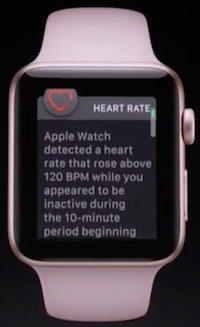 3. The Apple Company doing is focused on heart rhythm. Our regular heart rhythm has a familiar pattern but when your heart beats irregularly it’s called an arrhythmia it doesn’t mean it’s beating too fast or too slow it just means it’s beating out of its normal rhythm and that can cause problems. 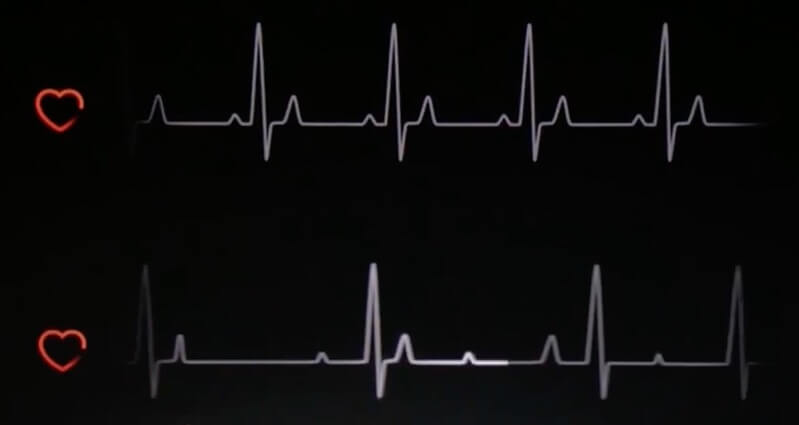 The most common form of serious arrhythmia is called atrial fibrillation or AFIB and it affects tens of millions of people and is a leading cause of stroke but the challenge is many people with AFIB don’t feel symptoms so it often goes undiagnosed.

Apple have been looking at this for a couple of years and they think Apple watch can help. In Their initial studies  Apple watch has been effective at surfacing irregular rhythms so They’re expanding that work and they’re announcing the Apple heart study it will use data from Apple watch and it will analyze arrhythmias including AFIB and notify users this study is being conducted in partnership with Stanford medicine and They’re working closely with the FDA and they’ve been great to work with.

so later this year the first phase of the Apple heart study will be available in the US on the App Store. Those are the updates focused on fitness and health.

As I stated in my last Months Prediction about LTE Version of Apple Watch,  Now you have the freedom to go anywhere with just your Apple watch. Built-in Cellular makes series 3 the ultimate expression of Apple watch. Now you can go for a run with just your watch and still be connected. You can leave your phone when you go to the beach or just run a quick errand and it’s really nice to know you can be reached if needed while staying in the moment, you can receive an important call with just your watch and the number is the same number’s your iPhone have, you don’t have to manage a separate number. The apps you rely on, like messages just work and series at your beck and call anytime anywhere.

You can use maps and get directions and the location for fly, Your friend automatically switches to your watch when you’re away from your phone and third-party apps like WeChat work over cellular as well.

1. version with GPS and cellular

2. With just GPS and no cellular

The Apple Company packed Series3 with the most advanced technologies ever in a watch. Inside is a new dual-core processor delivering up to 70% more  performance, it’s really fast, Siri is quicker than ever and thanks to the new processor for the first time on Apple watch Siri can talk & reply back

A Barometric altimeter is also installed in Apple Watch Series 3, so now you can get flights of stairs climbed and elevation gains after a workout. Apple also releasing an app for developers this can be great for skiing and snowboarding apps.

The biggest challenge of all was adding cellular you see Apple’s little watch is already packed. 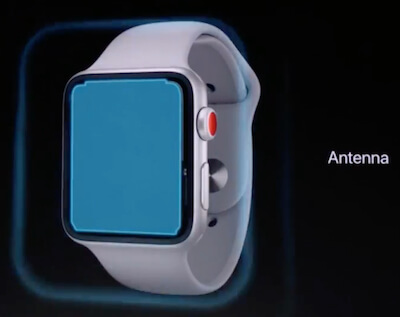 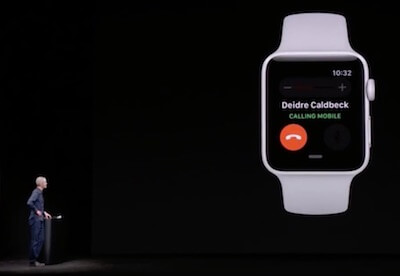 At that time Deidre was out in the middle of a windy lake and the only microphone on Deidre was the little tiny one on the Apple watch was a foot or two away from her mouth she was paddling and the signals being sent over cellular coming in and the voice was so clear and that’s just darn close to magic. 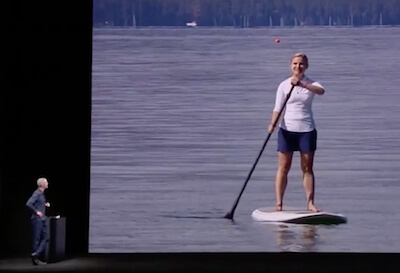 Coming next month Cellular is going to change the way we listen to music because with Apple watch Series three and Apple music you can stream 40 million songs on your wrist. 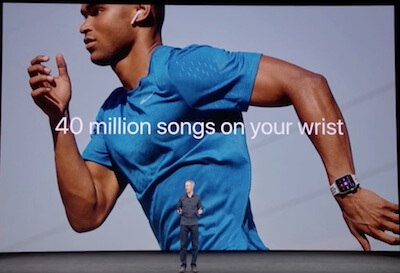 you’ll have access to all your favorite music, you can listen to beats one live or any Apple radio music station, you can even ask Siri to find you the perfect track now the best device for staying motive for staying active has all the music you need to stay motivated. 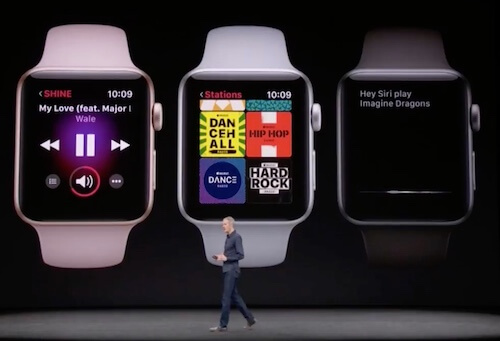 Apple Watch Series 3 with cellular at $399 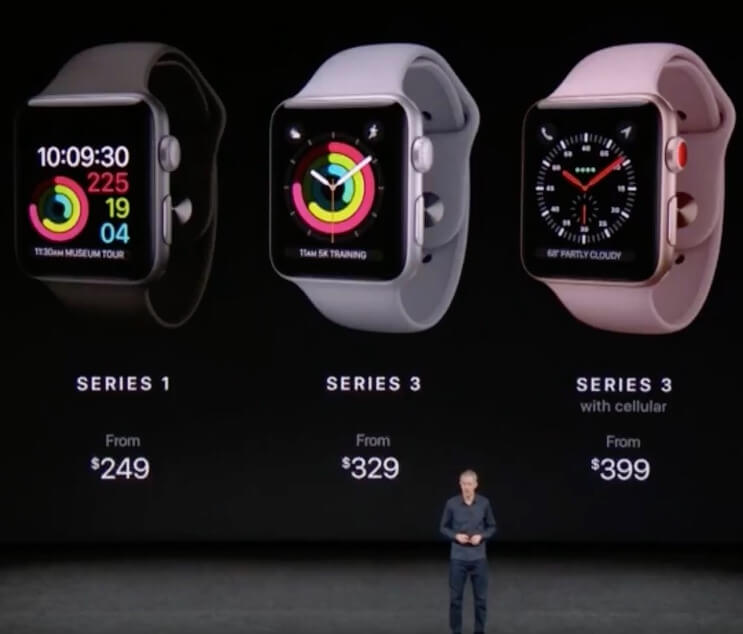 Meantime let me know what you think about the Apple watch Series 3. Are you excited for it do you think it could have been a little bit better.  You’d be getting the cellular version or will you be just getting the GPS version comment down your thoughts on the Apple watch series 3 I can’t wait to hear from you.