Android O is already on the way to its success right after its launch, most of the Android Fans will be thinking about what next? and many of those will be concluding android 9.0 but anyone knows about Name of Android 9.0, Lets discuss about it, its details & targeted devices, on which it is going to be operate initially . and many more , 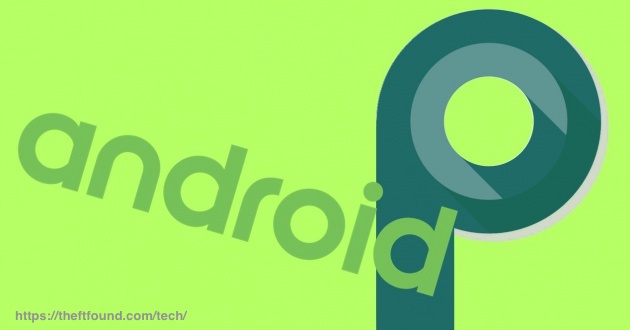 After Android 8.0 or Android Oreo, Android’s Next Major release will be Android 9.0 which is going to be called Android P Now the Possible Question is Why “Android P”? Well thats because of English Alphabets, It Comes ‘P’ ‘after ‘O’ so the Next Version is being called as Android P.

Yet, that’s Not only reason behind Android 9.0 is Named Android P instead initially it is being Testing on Google Pixel Devices(both the regular Pixel and the Pixel XL). Thats why It is Named as Android P.   After release of android O, Google Changed name of Repository and a new tag called “master-p” has Opened up in  AOSP(Android Open Source Project where Software Engineers & Developers Of Google Android Team used to collaborate).

There are total three Commits among them two are default data bin Version containing Basic info such as device name and software version. Lets Check out all of three commits and Now try to read those commits one by one.

The first one, titled “master is now P”, was emerged at 31st August to the master branch. In the changes made to the version_defaults.mk file, we can see the new platform code name and version. 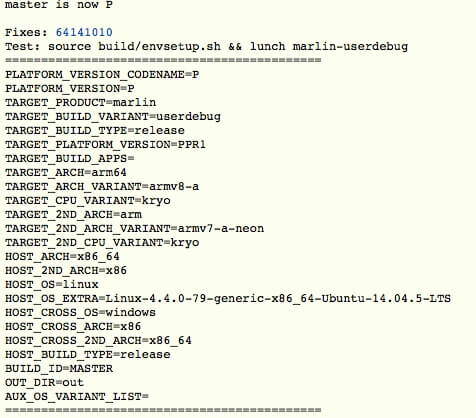 This Looks like gibberish for most people, but if you’re familiar with Google coding language, then you already caught the gist of this message:

As you can see, the Platform Version codename is Android P as compared to Android O for the previous release. Furthermore, the platform version is PPR1 compared to OPR1, which follows Google’s new build number convention. and the remaining lines are about their Debugger & processor’s summery like armv7, armv8, armv64, x86, x86_64.

The Second commit “Add links for PPR1” is mostly interesting for what is stated in the comments.

In reference to a change made to the CTS testing in AOSP to bypass an error, a Google Engineer Says ” These are configurable on master and match to P respectively in PLATFORM_VERSION_CODENAME. Otherwise we get warnings about the asset directories not existing (which may soon be an error if I can clean up all the cases).”

The next & last commit, titled “master is P only, removing old values”,

changes the platform version in the Compatibility Test Suite from “8.0.0” to just “P”. This shows that further testing on commits made to the master branch, all of which go under Android P, will be done to ensure that they pass the updated CTS.

It also Indicates that Currently they are compiling Sailfish. or Sailfish-userdebug. where sailfish is name of the Device.

What I believe this statement shows is that there may not be an Android Oreo maintenance release, ie. Android 8.1. Google probably has a list of features they are targeting for the next major release of Android. We hope that whatever those features may be are ones that will knock us off our feet.

Meanwhile If you like this Topic or if we missed something Comment Down below, and aware us about your thoughts. Or you can privately message us at our contact page.